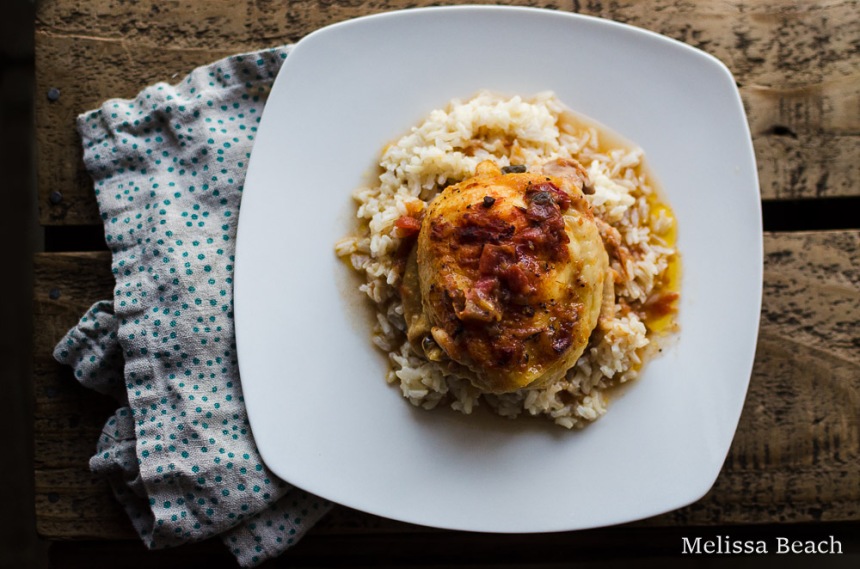 Mother Earth decided to bless us by sending our first real Fall day.  The temperature dropped from the upper 90s down to 72 and breezy in just a couple days.  The wind smelled wet and cold.  It blew strongest in the afternoon and the dust was so thick in places that visibility was down to about 10 feet.

I got the kids home by about 3:15pm and quickly decided against going swimming at the YMCA.  I just wanted to huddle in my apartment with a book and something warm to eat.  I was too tired to stand at the stove cooking so I opted to throw something together in the oven. 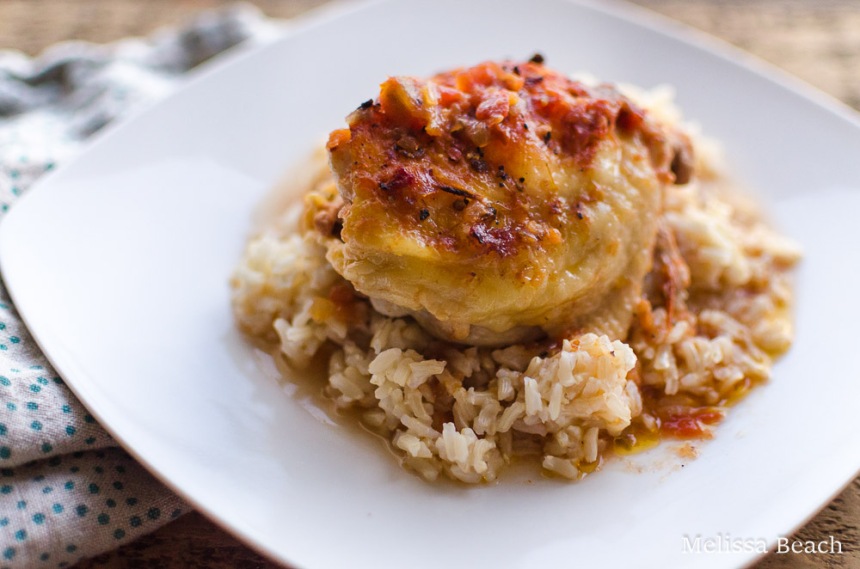 I pulled out a large oven safe pot.  Tossed in some chicken thighs, which were a steal this week at Albertsons for $0.69/lb!  I dumped a packet of Red Fork Foods Tomato Olive Chicken Skillet Sauce in there as well as a little water.  I popped that in the oven for a bit while I cooked some brown rice.  In the end we had a fabulous meal that took less than 15 minutes of prep and was done in under an hour while I read a book and watched my son play outside with his trucks. 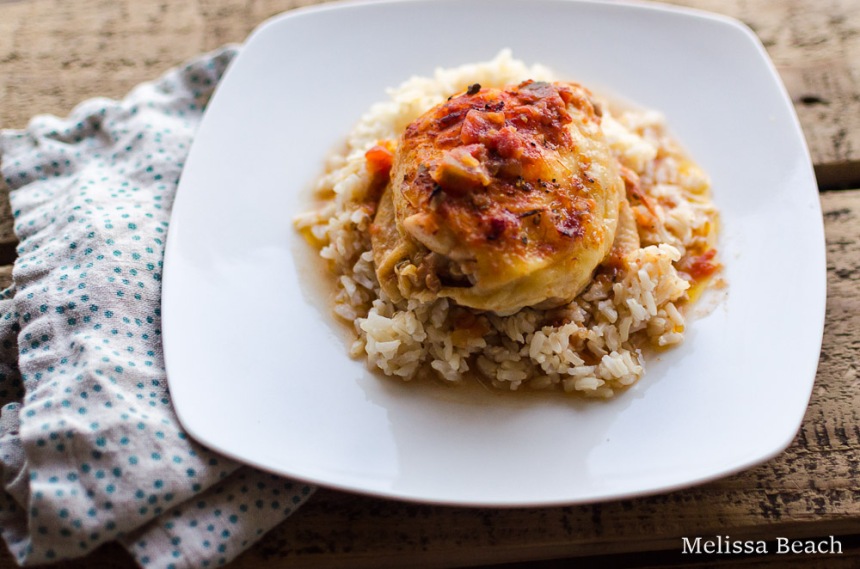 *I hope you enjoy this recipe!  I want to mention that I was NOT asked or paid to write this post.  I just really enjoyed this meal and wanted to share!

1 reply to Oven Braised Chicken with Tomato and Olive Sauce