The garden has been a huge disappointment so far this year.  After two years of harvesting 100 pounds each summer I had big expectations this year, but it is not to be.  We have been plagued by problems.  Mostly of the small furry tunneling variety.  The gophers are back and they have moved into the unprotected beds by the house.  I’ve lost a few lettuce plants, two shallots and there are threatening mounds in my strawberry beds and next to my best tomato plant. 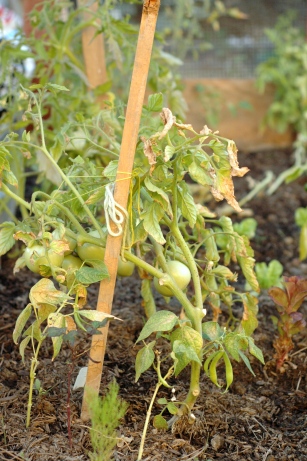 I am frustrated and I’ve given up on those beds.  If they are lost, so be it.  I have other problems.  Lack of growth is the biggie.  The tomatoes I planted last month have done nothing.  Very little growth and no tomatoes.  I am not sure what is wrong, but I suspect it may be my soil.  The last two years I have used the 3 cubic foot bags of Kellogg Garden soil.  This year I bought raised bed mix in bulk from a landscaping company.  My veggies from this winter and spring did ok, but many did not grow well.  The carrots stopped growing weeks ago and they are puny.  The chard and broccoli seeds didn’t grow at all and the chard transplant I bought is still the same size as it was when I planted it a month ago.  Even my beans are languishing. 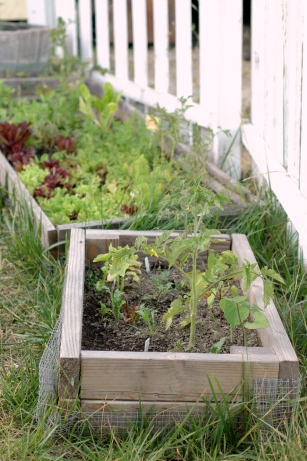 In an attempt to fix this I treated all the beds with organic fertilizer for vegetables.  Since then I have noticed a slight perkiness in the tomatoes, but nothing else.  I also bought a bag of Kellogg soil from Home Depot and am in the process of adding that to the beds in the hope that some new soil might get things going.  I’m also planning on buying a can of worms to let loose in my garden beds.  They always made a big impact in previous years.

I also made the mistake of buying compact determinate tomatoes and bush beans.  I usually plant indeterminates, which produce a bunch of tomatoes all season long, but I wanted to try something different this year.  I am really unsatisfied with the determinants and the bush beans.  I hardly have any tomatoes at all and the plants are really small.  Much smaller than I would have expected.  I don’t know if it’s the plants fault or the soil.  The tomatoes I planted last month were indeterminates, but like I mentioned before they aren’t growing.  The beans are hardly producing.  I’ve gotten a handful of beans from about 10 plants in a month of time.  Not good.  Plus the bush beans are far less pretty then pole beans.

On the bright side I have a new container herb garden for less than $20.  I got the pots from target on clearance for about $4 each.  The herbs were $2 each.  I planted one pot of tea herbs and another of cooking herbs.  For now they are livening up the front yard, but we may end up moving them around a bit until we find the right spot.

The second bright spot in my garden are the blackberry bushes.  They are ALMOST ready!  Maybe another week or so and I should be able to get a handful at least.  Right now all the ripe ones are out of my reach.  So frustrating!  But, in a couple weeks and I will be swimming in blackberries and probably covered in scratches. 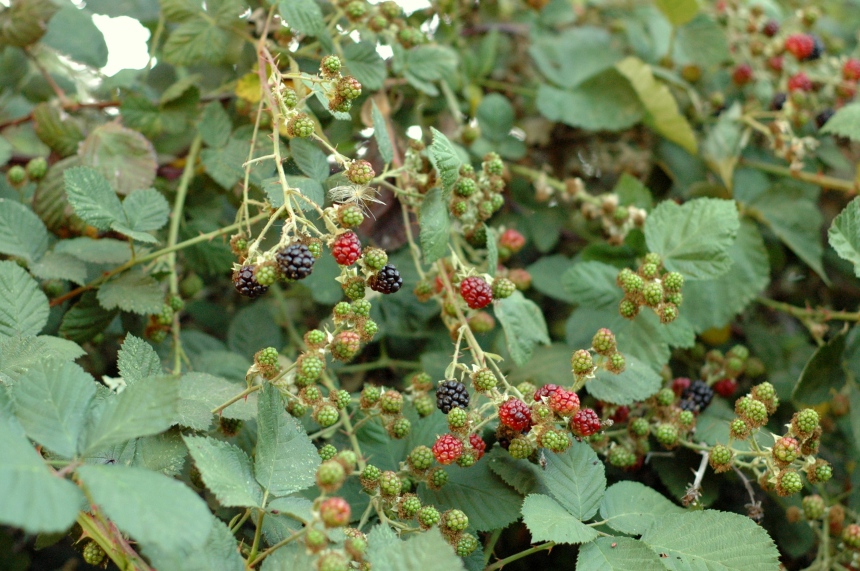 I’m hoping I’m just being impatient with the tomatoes and that things will pick up over July and August, but I wont come close to 100 lbs this year.  I won’t even get half that.  For now all I can do is fix what I can and keep going.